After seeing some of these few pics…

really makes you wanna peek in his shoe cupboard.

Can’t help but wonder though… if he would have choose to wear socks rather than shoes, what would all of those look like?!

●Einstein and the Violin●
Einstein’s mother, Pauline, was an accomplished pianist. She wanted her son to love music too, so she started him on violin lessons when he was six years old. But it was not what you would call love at first “hear”. It was only when Einstein was 13 years old, that he suddenly changed his mind on his love for violin. When he heard the music of Mozart. This newly discovered love, passion and bond between two continued all the way till the last few years of his life. For nearly seven decades, Einstein would not only use the violin to relax when he became stuck in his thinking process, he would play socially at local recitals or join in impromptu groups such as Christmas carolers who stopped at his home. 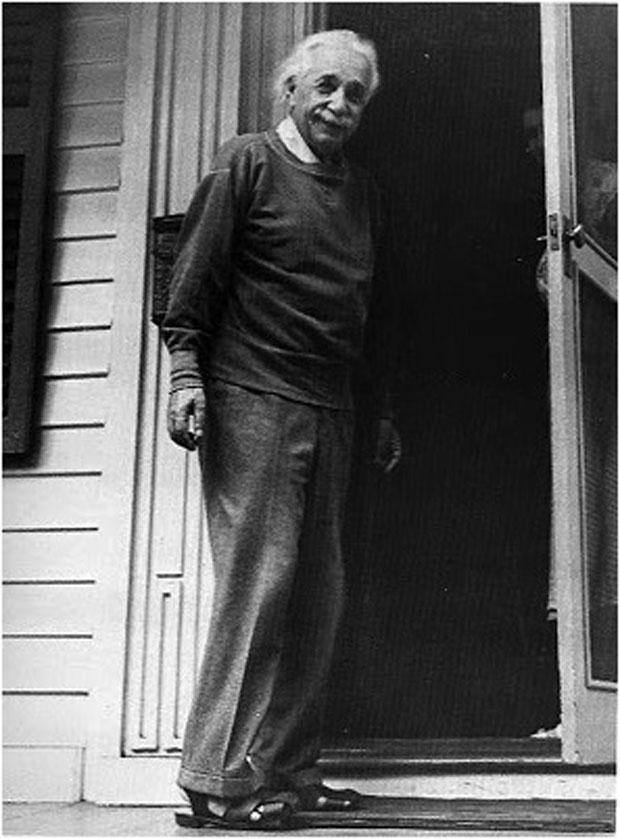