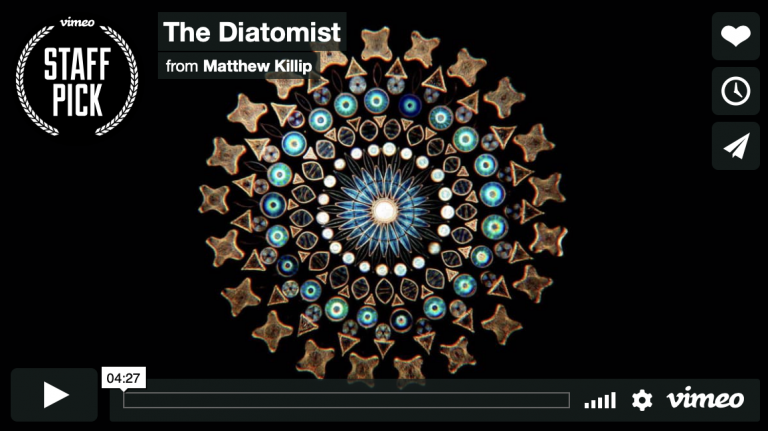 THE DIATOMIST is a short documentary about Klaus Kemp, master of the Victorian art of diatom arrangement.

Diatoms are single cell algae that create jewel-like glass shells around themselves. Microscopists of the Victorian era would arrange them into complex patterns, invisible to the naked eye but spectacular when viewed under magnification. Klaus Kemp has devoted his entire life to understanding and perfecting diatom arrangement and he is now acknowledged as the last great practitioner of this beautiful combination of art and science. THE DIATOMIST showcases his incredible work.

MATTHEW KILLIP is an English filmmaker living in New York. His documentaries have been broadcast on UK television and exhibited in festivals including Sundance and True/False.