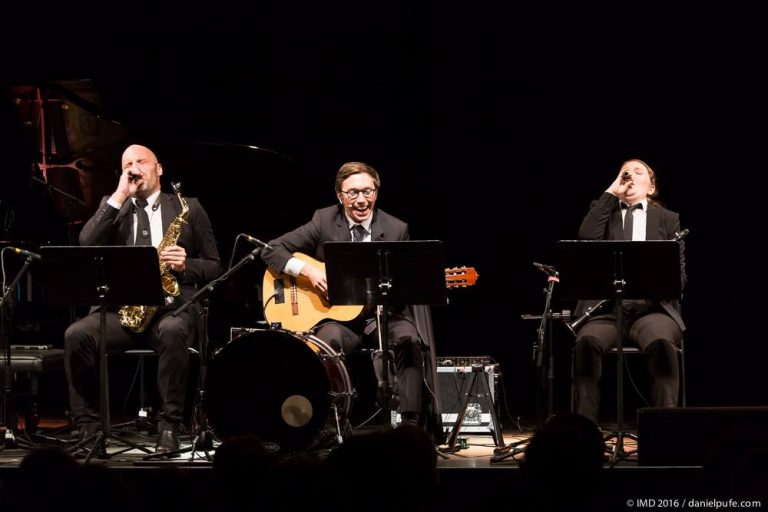 Have you ever thought anout what do all the manmade creatures of the amusement parks do at night?
Do they come to life?
Would they, do they, get upset? Of how they are treated.
Do they have feeling and thoughts of rebellion and overtaking their “masters”, the human?
How loud, or how silently and steely creepy and scary would they get, in their march towards the goal of conquering and overtaking the dominance?
Or can that, beside being a scary-movie-filmed-in-sound, be also a warning and a comment on how much the “man made machines” and inventions can overpower us?

A few hours ago (which now happens to be yesterday), in Centralstation Darmstadt and as part of the 48th Internationale Ferienkurse für Neue Musik, Steven Kazuo Takasugi‘s Sideshow for amplified octet and electronic playback in five movements (2008-2015), performed by Talea Ensemble, managed to inspire, stir up, ask, and answer, all those (and some) questions. And feelings.