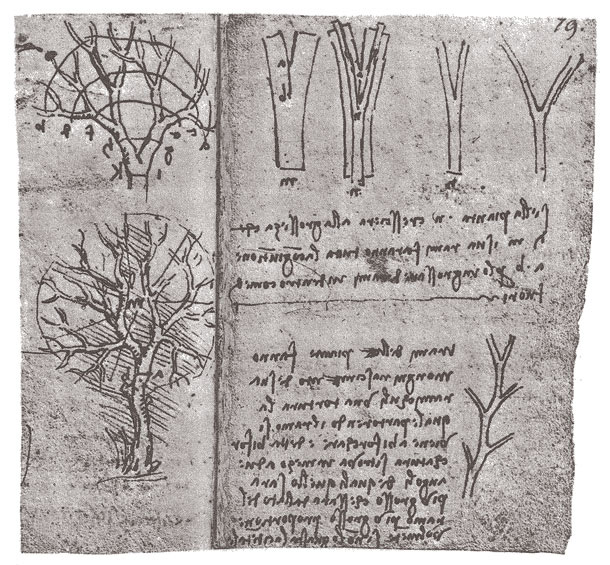 The average tree grows its branches out until it encounters the branch tips of a neighboring tree of the same height. It doesn’t grow any wider because the air and better light in this space are already taken. However, it heavily reinforces the branches it has extended, so you get the impression that there’s quite a shoving match going on up there. But a pair of true friends is careful right from the outset not to grow overly thick branches in each other’s direction. The trees don’t want to take anything away from each other, and so they develop sturdy branches only at the outer edges of their crowns, that is to say, only in the direction of “non-friends.” Such partners are often so tightly connected at the roots that sometimes they even die together.

If we think of my forest, and the networks I’ve described, that design is efficient for transmitting resources among trees and how they interact with each other. In our brains, scale-free networks are an efficient way for us to transmit neurotransmitters.

Every tree, therefore, is valuable to the community and worth keeping around for as long as possible. And that is why even sick individuals are supported and nourished until they recover. Next time, perhaps it will be the other way round, and the supporting tree might be the one in need of assistance.
[…]
A tree can be only as strong as the forest that surrounds it.

I’ve used the word intelligence in my writing because I think that scientifically we attribute intelligence to certain structures and functions. When we dissect a plant and the forest and look at those things—Does it have a neural network? Is there communication? Is there perception and reception of messages? Will you change depending on what you’re perceiving? Do you remember things? Do you learn things? Would you do something differently if you had experienced something in the past?—those are all hallmarks of intelligence. Plants do have intelligence. They have all the structures. They have all the functions. They have .

we’re prisoners of our own western science; indigenous people have long known that plants will communicate with each other. But even in western we know it because you can smell the chemistry of a forest under attack. Something is being emitted that has a chemistry that all those other plants and animals perceive, and they change their accordingly. Putting science that raises our own awareness that these plants are communicating just like we are. It’s just not a vocal thing—although some people are even measuring acoustics in trees and realizing lots of sounds that we can’t hear, and that could be part of their communication. But I don’t know how far that research has gone. In my own I’ve looked at the conversation through chemistry.

I think that we are. I think that we’re so utilitarian with plants and we abuse them to no end. I think that comes from us having our blinders on. We haven’t looked. We just make these assumptions about them that they’re these benign creatures that have no emotion. No intelligence. They don’t behave like we do, so we just block it out.

❖Peter Wohlleben: “The Hidden Life of Trees: What They Feel, How Communicate – Discoveries from a Secret World
❖Bernadette Pourquie and Cecile Gambini: “Strange Trees: And the Stories Behind Them”
❖Rachel Sussman: “The Oldest Living Things in the World“
❖[edit, November 2019] “Never Underestimate the Intelligence of Trees”, interview with Suzanne Simard by Brandon Keim