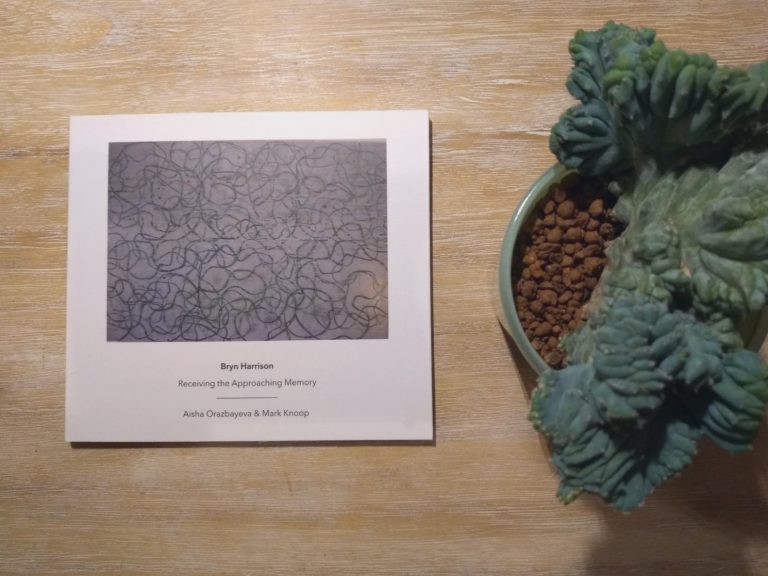 It is difficult to “simply put” all the aspects of fascination with and by Bryn Harrison’s music, but one thing is certain – it is an absolute beautiful invasion of mind/soul/body.

Especially when it comes to the piece for violin and piano. “Receiving the Approaching Memory”.

Somehow, it feels like while listening, one is reminiscing of a happening never experienced. As if the music is simultaneously living several temporalities, and this exact moment in which the listener itself is living in, and listening, becomes obscured. One becomes uncertain whether one is in now, in the past or in the future temporality. And hence you start to feel reminiscent of an experience, not sure that you have ever lived. Or, start to wonder if you are “seeing” into the future. It is as if all these temporalities are in fact parallel, and Harrison’s “Receiving the Approaching Memory” is a portal into experiencing them simultaneously. The constant almost the same but never the same, with slow “unnoticeable” change, but change nevertheless just pushes this feeling further…

On the other “listen”, it also makes one feel like this music is not happening in a linear movement. But rather being in circular motion of time embodied in a form of a sound. As if it (the piece) starts somewhere in the middle. The very beginning might be a beginning… but could be the end… or the middle… And as you dive deep into listening, the ears are going round and round, trying to capture where is it that the time begins.

And one can just gush form love for Harrison’s sound and timbre! In so many moments the tremolos and all the short notes seem as they are aural visualisation of particles of time. Everything so sensationally sensual and freely controlled by magnificent Aisha Orazbayeva (violin) & Mark Knoop (piano).

“Receiving the Approaching Memory” is a composition in five movements for violin and piano, released by Another Timbre.