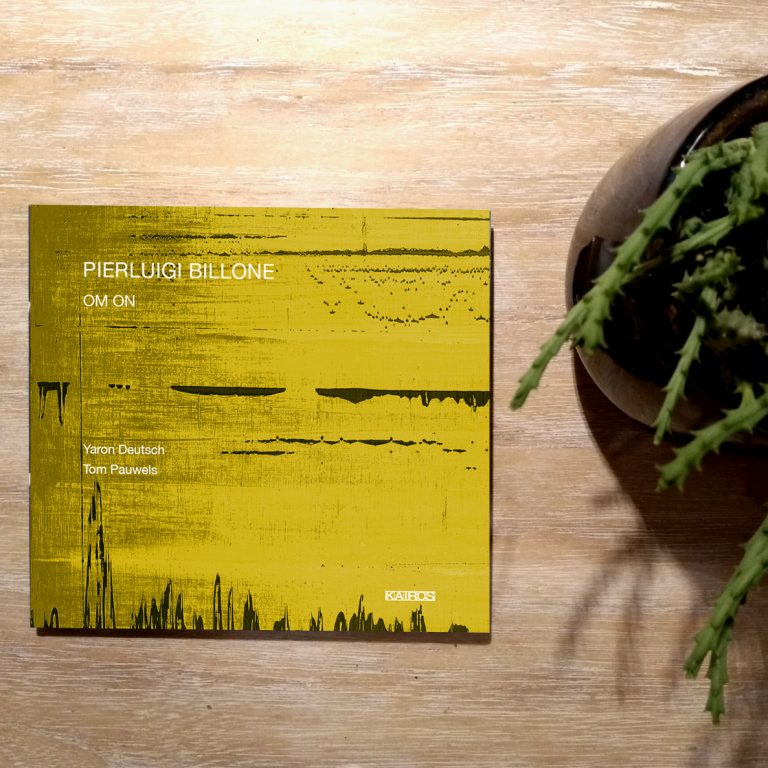 It will be only at the end that you will realise: this was not a duo. This was a solo. Where the Sound appeared from its future to its past, only to guide itself to its present.

The ear is being cradled between two slightly different entities. But it is as if this sound comes from the same gene pool. One is just older. The other one, a bit immature, younger. Each though full of life.

One, the Sound itself, swaying your hearing as if you are traveling down a turbine made of sound. There is a constant interaction, fractions between the two entities. It is as if the “older” sound is constantly nourishing the “younger” one. But… as we are starting to twirl down this turbine, it is not anymore clear which side is which. They are just starting to come closer and closer together. Somewhere right in the middle, it is as there is a moment of found equilibrium. Only the static noise is there. As if the turbine stopped moving. And we are levitating in this moment of realisation. “I exist”. This sound has come of age. It became itself, completed the meeting between its birth self with its “future” self, that was there to give a guiding hand. But along the way also altered itself as it was growing anew, re-experiencing its own youth. And then, this unified entity continues to move and carry us through space and time. Reaching the end of this downfall, we are launched out of this turbine, this specific Sound, and back into the reality – with a new awareness of sound and space that was all along around. Feeling its “sound determinants” ever so slightly more, detailed, physical, as our ear and senses have been made more acute through listening to this performance.

The second layer, the intricate moulding and manipulation of instruments possibilities that come from Billone’s writing, and magnificent Deutsch and Pauwels interpretations! Billone’s writing, exploration and use of all the different levels of touch and tactile, manage to become Space. The sound, that we on one side perceive as this absolute entity, is in fact not the prime entity, but exclusively being contained between the hands of these two performers. And every gesture, every detail, full and/or half pressure of a finger, directly acts as a wall, as a nudge that shapes the space which then becomes this sound. So besides having multiple temporalities of sound’s existence present, we also have multiple spaces. The space that is made by Billone, Deutsch and Pauwels – the space that becomes the Sound. And the actually performance space, in which we the listeners are sitting, which is where the sound itself is still the master (after its release by Deutsch and Pauwels). The realisation that there are the performers is probably the only way that we are kept in the physical space and world, and not floating off to the imaginary unexacting space only determined by the sound.

The only thing that would have made this experience (maybe) greater, would be if the stage was even darker, and only things we do see are Deutsche’s and Pauwels’ instruments, hands and feet, but no faces. Though, this is just a maybe.

▪︎This text is reflection on the performance of Pierluigi Billone’s OM.ON by Yaron Deutsch and Tom Pauwels that took place at Rosas Performance Space (Forest/Brussels, Belgium) on February 3rd 2018. ▪︎

The recordings are out! Both video (though this appears to be out since May) and audio (Kairos Music). And they are exceptional, of course. Though… still.. somehow, it seems that no recording should ever do justice to Billone’s music. Being present live, in the space where the performance is happening, where the sound is happening, is the experience of physical power of sound and this music. Dispersing through space, evolving and expanding over time in its voluminous presence and density. A feeling of sound being. And in the mixture of Deutsche and Pauwels energy, that moulds the wave so skilfully that you forget that they are there, Billone’s piece just start’s to seem as a magical entity that just happened to exist, rather than something that was created. But then again, it was created. This is not to say one should not still check out the recordings, just… if opportunity arrises, going to the live performance if a definitive must!