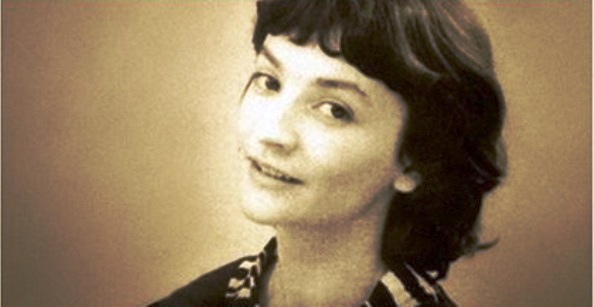 «and the furthest remoteness

is nearest
to the nearest closeness»

The Fantasia of Emancipated Expressiveness

Whether coincidence or a sign, Ljubica Marić was born practically on then same day when the first atonal composition (Schoenberg’s Three Piano Pieces Op.11) was composed. In the time when music in Serbia was mainly focused on vocal music (Mokranjc’s Fifteenth Song-Wreath), and the western classical music witnessed premiers of pieces as Elektra (Strauss) and Firebird (Stravinsky), determined with curiosity and the search for new sound Ljubica Marić bravely tamed her own path, creating an authentic and bold opus of her own artistic expression.

Ljubica Marić’s cantata “Pesme Prostora” [Songs of Space] (1956) is a piece whose authenticity was commented by Lutoslawski, Jolivet and Shostakovich as the most significant creation in music of the second half of the twentieth century.

Ljubica Marić’s works are based on a personal philosophy:

«We always turn to that which we feel to have arisen in the past through a particular creative force, that which is able to live on and to extend through time as an uninterrupted, eternal now. Thus viewed, the present and the past are not opposites – they mutually strengthen one another, developing together and growing into something new.»

Sonata fantasia, for solo violin  (1928/9)
This piece, of great expressiveness and emotional experience, inspired by the impressions of the rising sun at the seaside, represents an unusually mature composition of a young composer. The one movement sonata opens with Adagio, which reminds of something one might experience while listening to Bach, by means of improvisation through consistency to three intertwined thematic materials. Material that further develops and shows stylistic features akin to those of early expressions of Bartok and Kodaly.

Tri Preludijuma i Etida [Three Preludes and Etude], for piano (1945)
One of the most significant and frequently performed pieces for piano, Three Preludes and Etude show particularly important and distinctive influence of music of Scriabin’s late opus, but without complete surrender to his modes, treatment of harmony and mystique of sound. Rather, Ljubica Marić is tmidly assuming the pattern of her own characteristics and composing style in ostinato structures and allusions to folk thematc material, that will be fully be presented a decade later.

Sonata for violin and piano (1948)
The most elaborate piece of the second period in composing style (after the World War II) is undoubtedly the Sonata for violin and piano. This sonata also represents one of the most frequently performed and most beautiful violin sonatas in Serbian music. The themes of the three movement, extensive piece are akin to folklore melodies, but through context in which they are incorporated and expressed through chromatics and broadened tonality, at times on the verge of atonality, creating like this synthesis that anticipates the authenticity and originality of mature period which was to emerge in mid 50’s with her cantata “Songs of Space”. The piece is written in form of classical sonata, as a tribute to the powerful style from the history of European music.

Monodija oktoiha [Monodia Octoïcha], for solo violoncello (1984)
Monodia Octoïcha is one of the pieces where the influence, inspiration and impact of studying the facets of folklore and intensive contact with the book of liturgical chants originating from Byzantine sacred music come to life. In the words of Ljubica Marić herself this is a piece in which “two sources of inspiration have melded into the flow Bach’s solo suites and medieval spiritual chanting”.  The piece was dedicated to cellist Ksenija Jovanović.

Asymptote [Asymptote], for violin and string orchestra (1986)
In 1986, Ljubica Marić wrote her last piece that included a larger ensemble and a soloist. The Asymptote was written for Ljubica Marić’s close friend, the violinist Srđan Grujić and for the Belgrade String Orchestra ‘Dušan Skovran‘. Ljubica Marić said about Asymptote:

«Apart from its title, which implies philosophical-mathematical reflection, Asymptote is distinguished by the sporadic occurrence of quarter-tone relations in the solo violin part. The title itself, Asymptote, represents a symbol of man’s urge to reach his life goal: the curved line which, together with the straight one, moves in the same direction, covering perpetually, but never touching. »

Čudesni miligram [The Wondrous Milligram], for flute and soprano (1992)

«The music of The Wondrous Milligram emerged from the title

of a short story: an ant found and brought to its colony a

radiant minuscule thing, the true value of which no other

Torzo [Torso], for piano trio (1996)
Piano trio Torso is the last piece Ljubica Marić finished. It was written in 1996 by commission of KölnMusik, an institute for contemporary music in Cologne. The inspiration for this piece came from verses of a 14thcentury poet, Prince Bishop Petar II PetrovićNjegoš, which says: “Is not the real more puzzling than the dream?”. Ljubica Marić goes to explain her creation by saying: “Music emerges, as it always does, out of itself, according to its own logic and its own principles, and no elaborate explanation would be of much use. One cannot catch a shadow with one’s hand. For this music, it is necessary to occasionally transport oneself to a state of perfect inner peace, with the sensation of not playing it but rather listening to it from far away…”

Her versatile talent is well expressed and represented through her drawings, graphic art and literature; including “Tablice” [tablets], a volume of poetic-philosophic aphorisms. For the centennial of her birth, in 2009, a book “Zapisi” [Scripts] was published. It is volume that contains a collection of thoughts, jots and poetry posthumously found.